IPhone 6 Will Have An Unbelievably Shaper 1704 X 960 Resolution 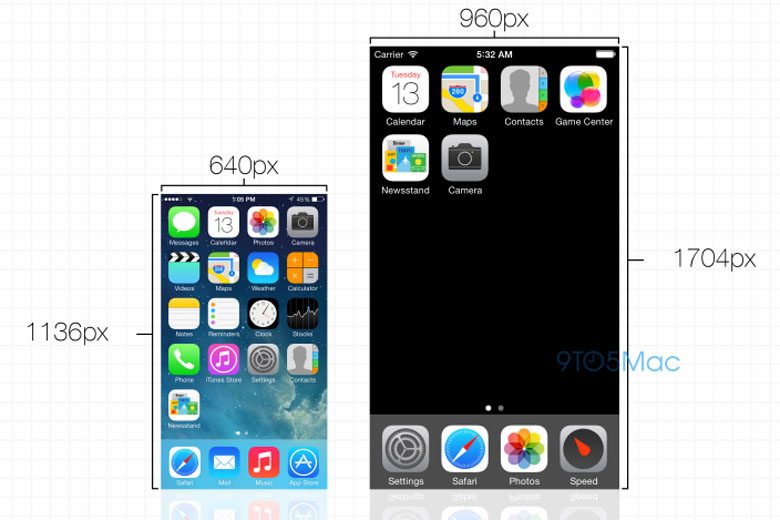 The thought of Apple unveiling two iPhones with much bigger screens was far fetched a few months back but currently seems very possible with each new leak and rumour that surfaces. For those who still do not know, Apple is rumoured to be working on two versions of the iPhone 6, one with a 4.7 inch screen while the other with  a 5.5 inch one.

As the news broke that Apple may be considering bigger screens on their next iPhone, most consumers were worried as they thought the bigger screens will affect the clarity of the screens. This it seems has been settled as 9to5Mac is reporting that both iPhone 6 versions will have sharper 1704 x 960 resolution, this is quite impressive considering most high-end Android Smartphones are currently having 1080 x 960 displays.

With this resolution the 4.7 inch version will have a pixel density of 416 ppi while the 5.5 inch one settles with 356 ppi. Both of these will comfortable represent what Apple refers to as retina display.

Both the iPhone 6 versions are expected to have Apple’s next iOS version, iOS 8 and will be launched towards the end of the year. It is believed that Apple will unveil the 4.7-inch version first in August before launching the 5.5-inch version later on in September.