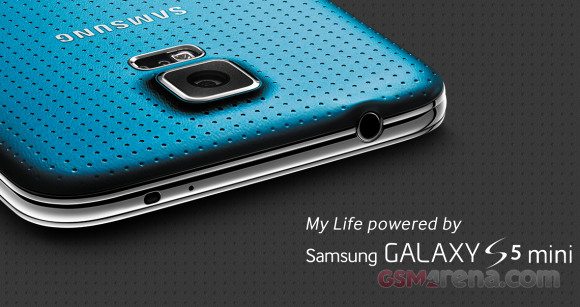 Samsung’s latest flagship, the Galaxy S5, was met with mixed reactions from consumers and critics alike. There are those who really liked it and those who really hated it. Both these individuals had their varied opinions as to why they felt the way they did.

One main feature on the Galaxy S5 that is easy to notice is its sheer size. The Phone is 5.1 inch in size and may be quite big for some consumers. Samsung knows the phone is way too big and that’s why it is working on a miniature version of it. The smaller version will be referred as the Galaxy S5 mini and has been the source of many rumours for quite some time now.

The rear camera will be 8MP while the front facing one will be 2MP.

The mini is also expected to borrow the dust and water resistant features from its bigger brother the Galaxy S5. It will run Android 4.4 KitKat out of the box and may be launched as early as next month.