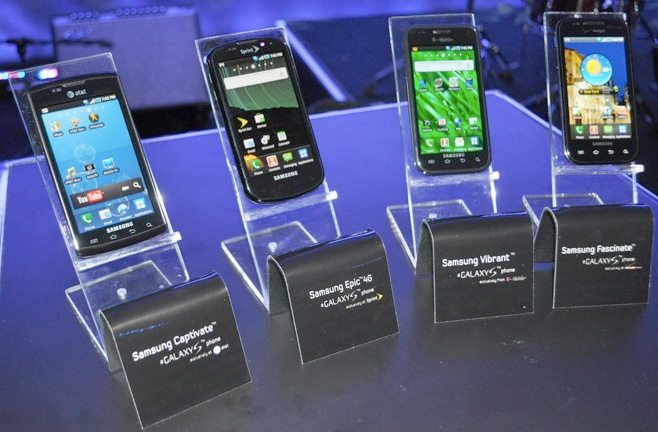 The year is 2009 and the popularity of Smartphones is still low. The Smartphone market is dominated by Nokia (with 40% market share), Research in Motion (currently BlackBerry 19.5%), Apple (10.7%), HTC (4.3%) and Samsung (4.2%). No one would have ever thought Samsung could rise above all this to become a market leader with their Galaxy branded Smartphones. So how did Samsung manage to change all this and come on top in just under 5 years? How did they manage to build a brand (The Galaxy S brand) around all their premium Smartphones in just over 3 years? To answer these questions, lets take a look back at the history of the Galaxy S Smartphones thast proved beneficial to Samsung.

The Samsung Galaxy i7500 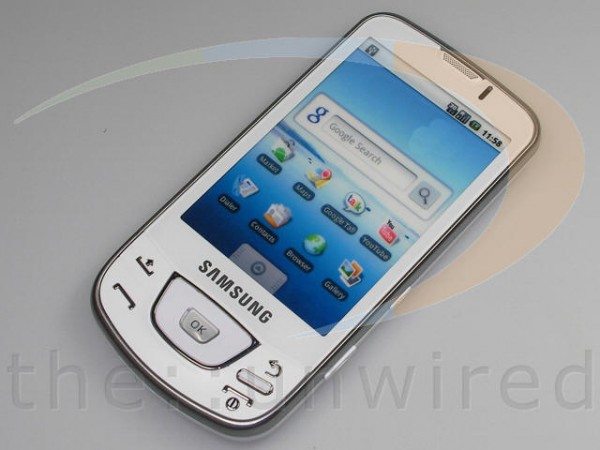 When the Samsung Galaxy came into the market, Smartphone penetration was still low and most of those who were on Smartphones opted for Nokia’s Symbian OS that controlled 47% of the market. The Samsung i7500  was the first Galaxy device to hit the market. It was unveiled in June 2009 but did not end up as successful as Samsung had expected. The Samsung i7500 had a 3.2-inch OLED screen with a resolution of 320 x 480 pixels. I know these are very low specs but at that time, they were not that bad.

The Samsung i7500 launched with Android 1.5 cupcake with 8GB of internal storage space and 128 MB of RAM. It had a 528MHz CPU, a 1500mAh battery and a 5-megapixel camera at the back. Comparing these specs with what we currently have in the market clearly shows us how far we have come. 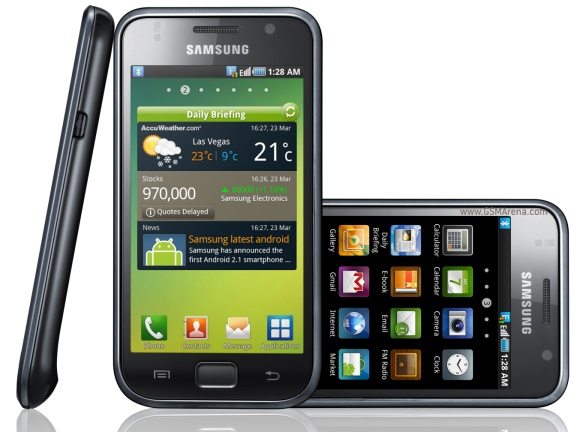 This was the first Samsung Galaxy Smartphone to get the ‘S’ branding. The phone came out in June 2010 the same year the iPhone 4 was unveiled. The Galaxy S was a great improvement from the Samsung i7500 as it spotted a 4 inch Super AMOLED screen with a resolution of 480 x 800 pixels. The CPU was also bumped up and now cloaked at 1GHz. The RAM was also improved significantly to 512MB from125MB on the original Samsung Galaxy.

The Galaxy S introduced the now infamous TouchWiz UI and was among the first android Smartphones to spot a front facing camera (selfies should have been popular then not now if you ask me). The phone was received well in the market and this is what Samsung used to build the flagship brand they are now famous for. The Galaxy S went on to sell over 24 Million units worldwide, quite an achievement considering Smartphones were not mainstream in 2010.

Other Galaxy devices and the Nexus S

Between June 2010 and April 2011, Samsung went all out and unveiled a number of Galaxy Smartphones targeting different markets of the world. Out of all those Smartphones it launched, the Nexus S is perhaps what solidified the company’s presence in the Android ecosystem. The Nexus S was a pure Android Smartphone and combined with the success of the Galaxy S, helped to push sales and Samsung’s reputation to the top. Some other Galaxy S Smartphones that played a big role in Samsung’s success include the Galaxy S Advance and the Galaxy S Plus. 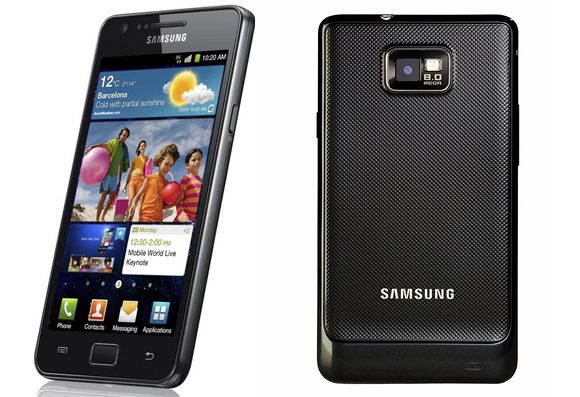 The Galaxy SII showed up at 2011’s Mobile World Congress to the satisfaction of many. Most consumers and critics were waiting to see what Samsung was going to do after the success of their most recent devices, the Galaxy S and the Nexus S. Samsung knew the pressure they were in and they did not disappoint. The Galaxy SII had a slightly bigger 4.3-inch Super AMOLED screen with a resolution of 480 x 800 pixels.

Samsung did not play it safe with this device as it bumped up most of the other specs under the hood. To begin with, Samsung added a 1.2 GHz dual core processor and coupled that with 1GB of RAM to ensure blazing high speeds. The camera was also improved and now stood at 8Megapixel (capable of shooting Full HD videos) with a 2 Megapixel front facing one. The phone was received well, the reviews were great and so were the sales figures. In fact, over 40 Million Galaxy SII devices were sold worldwide. This made Samsung the company to look out for in the Smartphone world. The success of the Galaxy SII was partly because of the success of the Galaxy S and the Nexus S and mostly because it was a great device that pushed all the boundaries.

A few other Galaxy S and Galaxy SII variants made their way to the market to solidify the company’s presence. Samsung also took this time to develop their next pure Android Smartphone, the Galaxy Nexus. 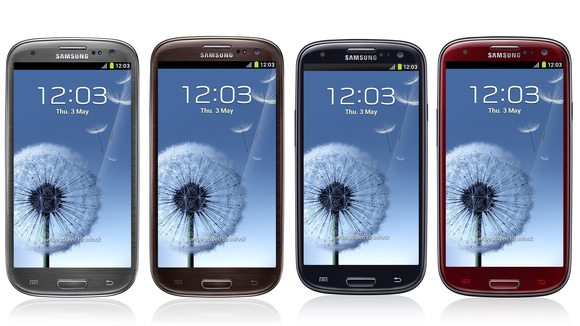 The Galaxy SIII was unveiled in May 2012 and went ahead to sell over 50 Million units globally, 40 Million of those were sold in just over 6 months after the device hit the retail stores. These figures ensured Samsung was a force to reckon with in the Smartphone market displacing Nokia, BlackBerry and the Apple.

The Galaxy SIII had a bigger 4.8-inch screen with a better resolution of 720 x 1280 pixels. Samsung focused more on the software with the Galaxy SIII as it introduced features such as S Beam, smart stay among others.

The Galaxy SIII had an improved 1.4 GHz processor (1.5 GHz in some markets) with 1GB of RAM (2GB in other markets). Samsung did not touch the camera leaving it at 8 Megapixel just like on the SII but it added a few software optimization features to help you take better photos. A few other Galaxy SIII variants were introduced later that year in a move aimed at driving more sales for the company. 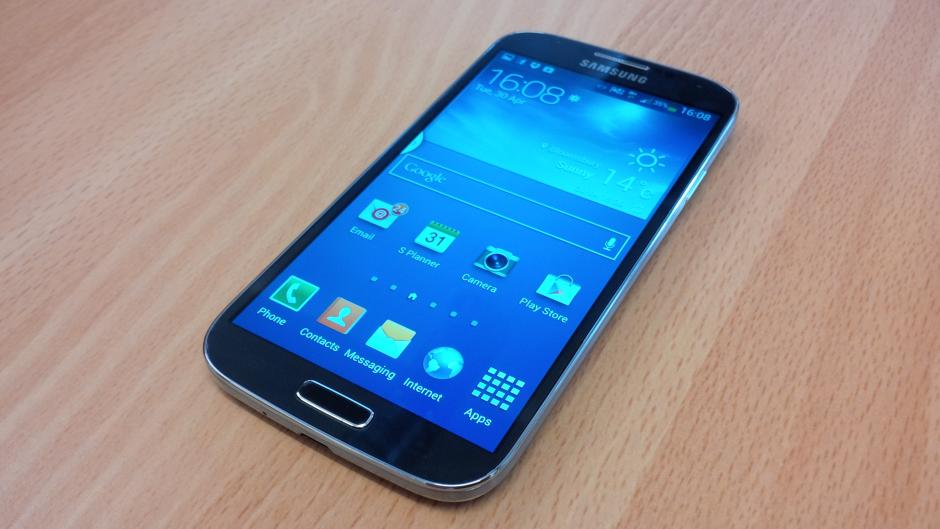 Samsung went into overdrive with the Galaxy S4 when it unveiled it in March 2013. To start with, the phone had a much bigger 5-inch Super AMOLED HD screen with a resolution of 1080 x 1920 pixels. Under the hood, the Galaxy S4 had a quad core 1.6 GHz processor and 2GB of RAM. Other variants had a lesser 1.2GHz processor.

The camera was also improved to 13 Megapixels at the back with a 2 Megapixel shooter at the front. The Galaxy S4 also saw a sharp increase in price compared to other Galaxy S devices launched a few years back. The device received positive reviews and ended up selling over 40 Million units in the first 6 months. 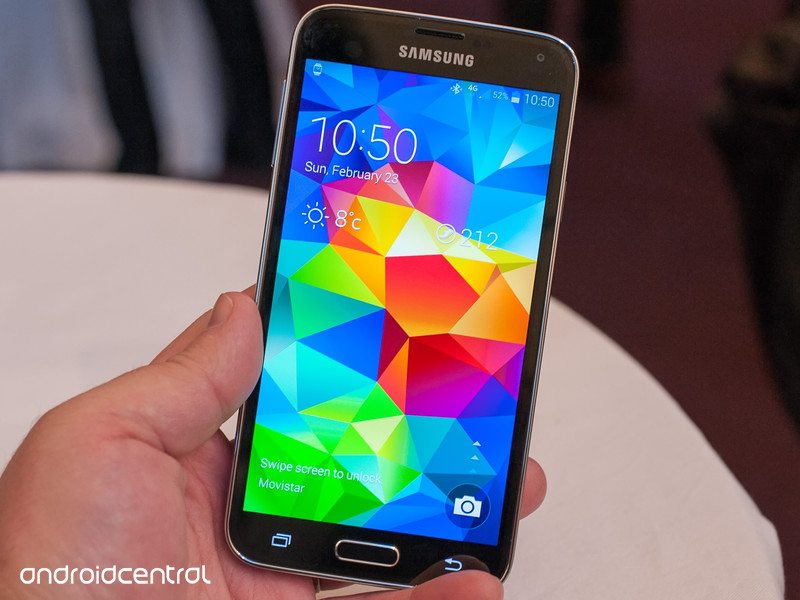 Samsung unveiled their new flagship, the Galaxy S5 in late February of 2015 and the device is yet to hit the market but most people are optimistic the device will perform well.

The Galaxy S5 has a slightly bigger 5.1-inch Super AMOLED screen with the same resolution of 1080 x 1920 pixels. The Galaxy S5 has a faster 2.5 GHz quad core processor with 2GB of RAM. The camera has been boosted to 16 Megapixel (for the one on the back) and a 2 Megapixel camera in front.

Samsung has added a few other features to the Galaxy S5 such as the fingerprint scanner and heat rate monitor and a few other fitness elements. The device is also water and dust proof and has the one of the fastest autofocus sensor on a Smartphone

The Galaxy S5 will be launched officially in Kenya on April 11 and in currently available for pre-order from a number of retailers including Safaricom and Airtel.

The Galaxy brand and especially the ‘S’ brand helped Samsung navigate the Smartphone jungle to come out on top and control the biggest share of the pie.  The success of the Galaxy S devices is contributed by a number of factors that may or may not be controlled by Samsung.

The three factors that I considered key to the success of the Galaxy S brand include: right price, Android ecosystem and great marketing. The very first Galaxy devices were affordable compared to what other manufacturers were offering. Considering Smartphones were not popular at that time, offering the right price helped to push the Galaxy brand by gaining new hard-core fans. These hard-core fans have helped and still help the company grow further. The Android ecosystem also helped catapult the Galaxy brand a head of competing ecosystems such as Nokia (symbian), iPhone(iOS) and BlackBerry.  Android gained an edge given that it is open source and thus more users, developers and OEMs prefer it. The marketing machine behind Samsung also played a key role in brand penetration as the company was and still is able to launch their flagships in over 145 countries at the same day. This helps Samsung gain more customers in areas not conquered by other manufacturers.  All these combined have helped cement the Galaxy brand in the Smartphone market.