Twitter Goes Down But Comes Back Up Featuring A “Notifications” Tab 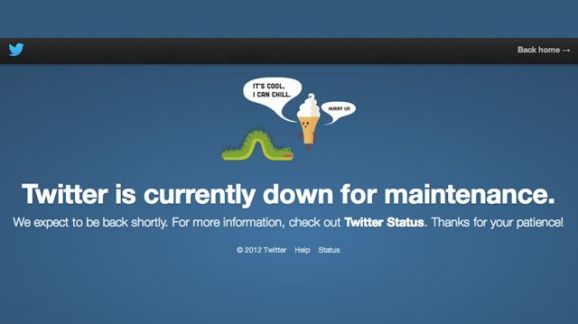 If you had experience accessing your twitter account late last, you were not alone as Twitter had a Global outage that locked users out of their accounts. Users trying to access the Social networking site got the message “Twitter is currently down for maintenance.”

At first, it was not clear what caused the global blackout as Twitter responded by saying “We’re looking into it.” This changed a few minutes later when the company came out and said that the outage arose due to complications experienced as they tried to deploy a core service.

Twitter managed to restore its services back later on and used its support account to communicate this to its users. “We rolled back the change as soon as we identified the issue and began a controlled recovery to ensure stability of other parts of the service. The site was fully recovered by 11:47am PDT. We apologize for the inconvenience.”

For those who are keen enough. You have noticed that the “connect” tab is now labelled “Notifications” on Twitter.com, is this what they were trying to implement? We will have to wait and see to be able to answer that question.