Facebook Revamps Its Design By Adding A Grey Background 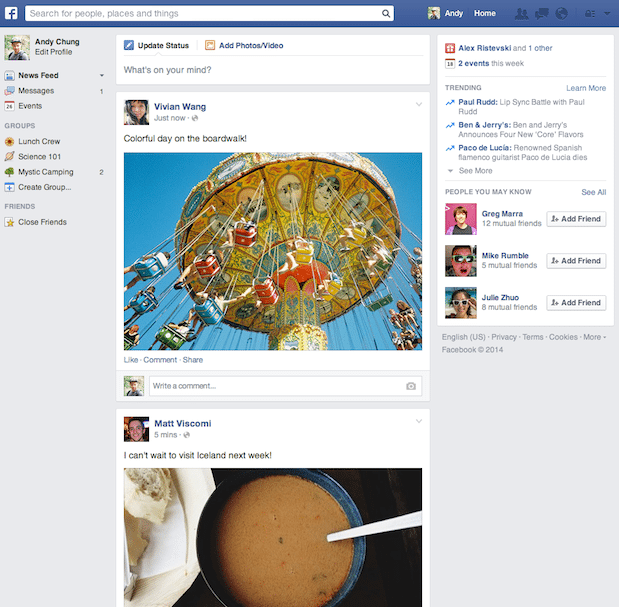 Facebook is the biggest social networking platform but it struggles to keep users on its site as most of whom are moving to rival sites like twitter. In an effort to maintain users, the company revamps its design every so often to make it easier for users to navigate through.

This is exactly what the company is doing right now as it revamps to add a little grey on the left and right of the timeline to make your newsfeed stand out. This new design was announced close to a year ago and was never implemented until now for reasons unknown to us. With this new design, users will be able to see bigger photos and various blocks of content separated by a grey background.

Comparing the old and new design, you can clearly see that the new design has bits of grey everywhere.

This new change is rolling out as from this week and will not affect mobile users.