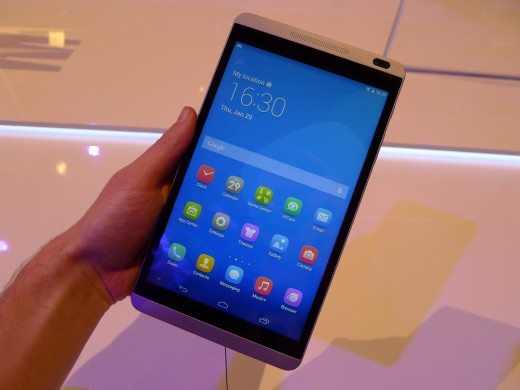 Mobile world congress (MWC) has become the central place for companies to unveil their latest devices. So far, Samsung and Microsoft have announced new devices or product features for upcoming devices. Even though companies are announcing their new products today, the official opening of MWC is not until tomorrow.

Huawei is another company that has joined Samsung and Microsoft by unveiling two new pocket friendly Android tablets. The new tablets are the MediaPad X1 and the MediaPad M1.

The MediaPad X1 has a 7 inch display screen with a 1080p HD resolution. Under the hood, the MediaPad X1 is powered by a quad core 1.6GHz processor while 16GB of storage comes standard.  At the back you will get a 13 Megapixel camera and a 5,000mAh inside. This battery will power your device for five full days according to Huawei. The front camera is also impressive at 5 Megapixels.

The MeadiaPad M1 on the other hand is a little larger with an 8-inch display screen with a resolution of 1,280 x 800 pixel. According to Huawei, the battery on the M1 can last for eight hours with video playback. The cameras on the M1 are disappointing as you get 1 Megapixel in front and 5 Megapixels at the back.

These two tablets will be available as from next month with prices varying depending on location.