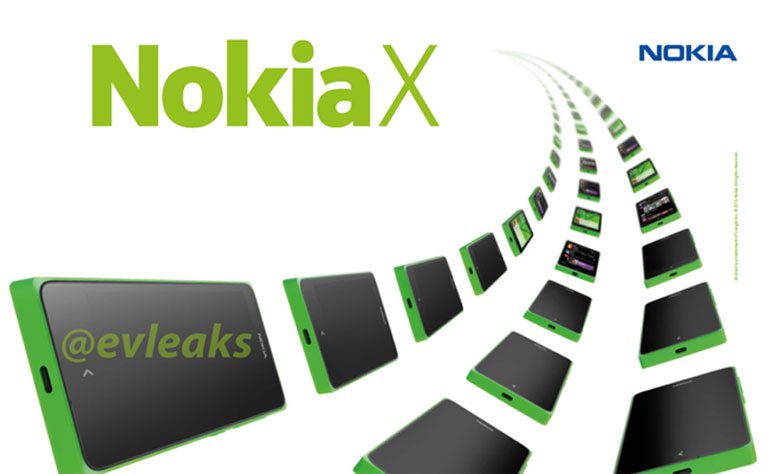 Sometime last week, all official social media accounts run by Nokia changed their profile pictures and cover photos to green. This raised lots of questions as green has never been associated with Nokia or Windows phone, the company’s main OS focus for its Lumia Smartphones. Green has actually been associated with Android and there have been rumours that Nokia was working on an Android powered Smartphone. This led to many people speculating that Nokia was confirming an upcoming Android Smartphone indirectly.

Teasing of this upcoming Android powered device continues showing a Nokia device with the same green colour. The green themed image may be hinting at the Nokia X Android powered device or may just be confirming the colour of the next Smartphone from Nokia. We cannot be sure at this time since Nokia is yet to confirm any of these rumours.

The shade of green used in this new leaked image is undoubtedly Android green with Nokia’s Android UI teaser spotted at the back. This may be a move by Nokia to get people talking about the device while still keeping the final look a secret.

The text on the right edge of the photo reads Android is a trademark of Google Inc. © 2014 Nokia All rights reserved.” This is according to PocketNow. I was unable to read it clearly myself but if the text is correct, this may just be the Android powered device Nokia is working on.