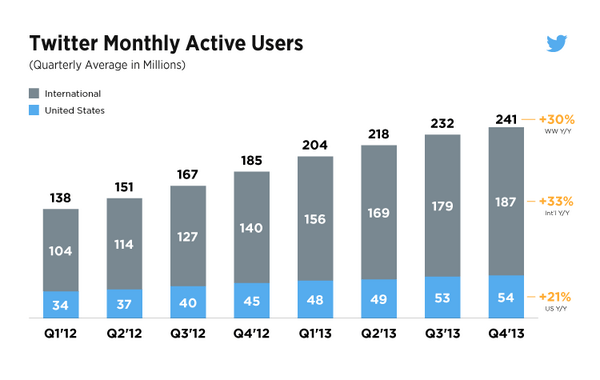 Is Twitter a viable investment?  Will the company see continued growth? These two are some of the questions investors are asking themselves after the company reported its maiden earnings that saw a net loss of $645m. This earnings report comes just three months after the company went public and the loss is not so convincing for most investors.

Most analysts had expected worse results from the company, so a loss of $645m is still better for most of them. The loss also represent revenue growth of 116% year over year.

What concerns most people is the insignificant rise in twitter users and activity on the site. The company saw an increase in 3.8% in monthly users to 241 million. This shows that very few users register on the site and those already there are not as active as before.

The company expects to make revenue profits of between $230-240m for the period ending March 2014. This they hope to achieve by improving users experience with custom timelines and allowing users to send and receive images via direct message.