Samsung Galaxy S5 and iPhone 6 Rumours Continue To Pile Up 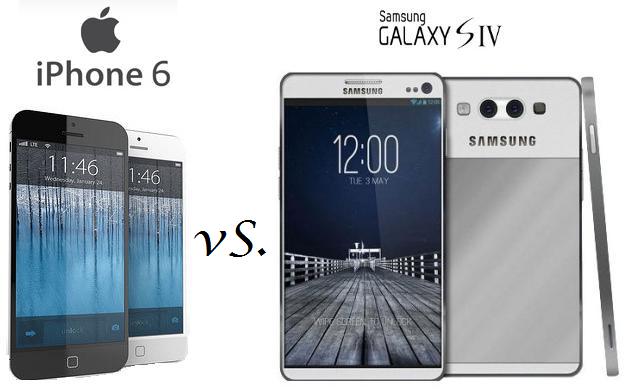 The Galaxy S5 and the iPhone 6 are no doubt the most anticipated Smartphones of 2014. Both Samsung and Apple are known for their bold moves of pushing beyond the bounderies to deliver flagship Smartphones that wow us. Given such history, we always expect their devices to come with better specs and features compared to their predecessors.

With such high hopes, we always get leaks, rumours and concepts of these devices months before they are even announced. This year, the rumours started in January, quite early to say the least, and we expect them to continue till the devices are officially unveiled.

One of the latest rumours to surface is by a Korean securities firm that suggest two variants of the iPhone and some specs for the Galaxy S5. It is surprising that the company did not say anything about some of the earlier leaks such as fingerprint or retina scanners on the Galaxy S5. This is not surprising as these are not full specs for the device anyways.

The alleged specs for the Galaxy S5 are as follows:

These may not be eye-catching specs but still are improvements from the current flagship, the Samsung Galaxy S4.

Do you believe the Samsung Galaxy S5 rumours? Would you want two variants of the iPhone 6? Tell us your thoughts in the comments section below.