Samsung Galaxy S5 To Be unveiled In April 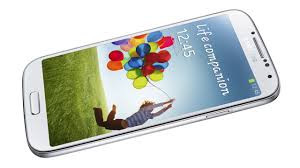 Samsung has confirmed that it is working on their next flagship Smartphone, the Galaxy S5 that will be unveiled in April. The company will also launch the Galaxy Gear smart watch on the same month. Samsung’s mobile chief Lee Young Hee officially confirmed the device in an interview with Bloomberg earlier this week.

Unveiling the Galaxy S5 will be is on the same month that saw the unveiling of both the Galaxy S III and Galaxy S4. This is a deliberate move by Samsung designed to stay on schedule with unveiling their Galaxy S devices.

He added that. “We’ve been announcing our first flagship model in the first half of each year, around March and April, and we are still targeting for release around that time.”

According to Samsung, consumers should expect more advanced functions and a less bulky design with the Galaxy S5. The company also added that it is working on a new feature known as the eye scanner that will challenge iPhone’s new fingerprint sensor.

Consumers should expect a complete redesign from the Galaxy S4 as the S5 will focus more on the display and “feel of the cover.”

You should expect the same faux-leather back used on the Galaxy Note 10.1 and the Note 3. The Galaxy S5 is expected to have an octa-core processor, 4GB of RAM, a 16-megapixel camera, and a bigger battery.

Expect more features to leak as we get closer to April.