Is Nokia Really Working On an Android Based Smartphone? 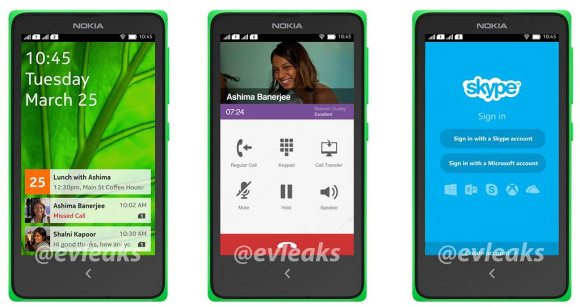 Nokia is undoubtedly leader when it comes to windows phones. Through their Lumia line has helped windows phones to be cool. Even with such success, windows OS is not as big as Android and iOS, this factor has slowed down the growth of companies that have invested a lot on this platform.

The new device is codenamed Normandy and will be an entry level Android Smartphone. The Normandy is believed to be a dual Sim device that will borrow a lot features from the Asha and Lumia devices.

This device will have average specs including a 4-inch FWVGA display screen (480×854 pixels), a 5-megapixel back camera and Andoird 4.4.1 KitKat. This device will be powered by Qualcomm snapdragon processor.

As you look forward to this device, keep in mind that the devices and service division of the company is soon to be acquired by Microsoft, the owners on Windows phone OS.