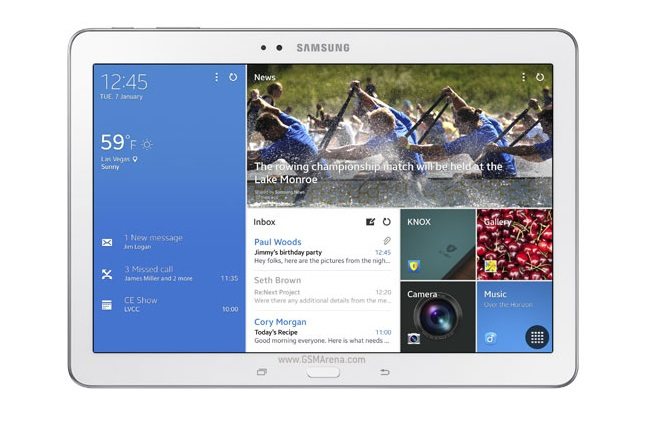 For over a month now, there have been rumors about Samsung’s pro series of tablets. Samsung currently has amazing tablets in the market and the company hopes to increase its market share with the new Galaxy TabPro. The news about the TabPro 10.1 comes even before the official launch by the company.

The TabPro 10.1 was leaked by Samsung’s own website and was taken down later but the damage was already done.

As with the rumours, the Galaxy TabPro will have a 10.1 inch screen featuring a Super clear LCD with a resolution of 2560 x 1600. There will be two variants for this device, one with a 1.9GHz Exynos Octa processor for the Wi-Fi/3G market and a 2.3GHz Snapdragon 800 for the LTE market.

Under the hood, the Galaxy TabPro 10.1 will have 2GB of RAM, 16 or 32GB of internal storage (expandable). An 8MP at the back and a 2MP front facing camera will be further characterize then phone. Other features on this device will include Wi-Fi 802.11 a/b/g/n/ac, Bluetooth 4.0, GPS + GLONASS, an IR blaster and a 8220 mAh battery. Right out of the box, the Galaxy TabPro 10.1 will have the latest Android OS, Android 4.4 kitkat.

About the changes in Touchwiz, we will have to wait till Samsung unveils the device officially to see.