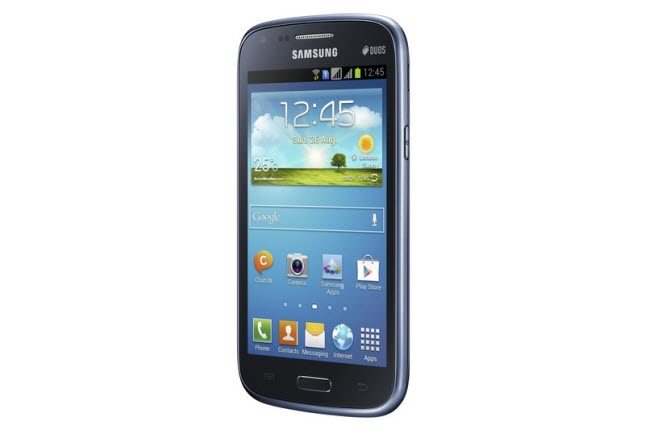 Samsung is currently the leading smartphone manufacturer and the Korean electronics company is determined to maintain this status quo in the smartphone market. Just a few weeks ago, the company unveiled its latest flagship smartphone, the Galaxy S4, to the world, the phone is currently considered the best smartphone of 2013.

The Galaxy Core has a 4.3 inch screen with a resolution of 800 x 480 which is perfect for a mid range device. Under the hood, the Galaxy Core has 1GB of RAM, 8GB of internal memory (expandable via a microSD card), a 1.2GHz processor, an 1800 mAh battery among other features.

The device will have a 5 Megapixel camera rear facing camera coupled with a front facing VGA camera. The device will also have some of Samsung’s latest features found on the Galaxy S4 such Smart Stay, S Voice Smart Alert and Motion UI.

The Galaxy Core will run Android 4.1 Jelly Bean out of the box.