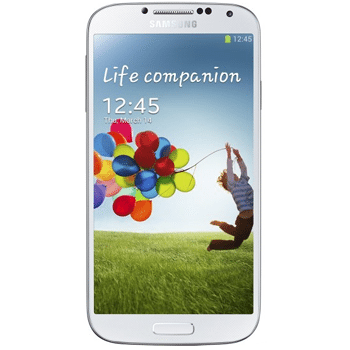 Just a few hours after Intel launched what it dubbed as ‘the fasted smartphone ever’, the long awaited Samsung Galaxy S 4 is finally here. The much-hyped smartphone that had quite a number of rumors is finally out. Samsung has decided to revolutionize how users can control their devices with this new flagship smartphone. When touch screens were introduced to smartphones, we thought that was the best but now Samsung has brought us eyes control in the new Galaxy S4. A look at what it has to offer;

It runs on Google‘s latest Jelly Bean Android software, but Samsung has done a lot to make it different from other Android phones by completely customizing it.

As one of the most rumored and talked about features, sure enough Samsung did revolutionize control. The new device actually knows if you are looking at it and exactly where and what you are looking at. Even though it is a touch screen device, you can also control it with your eyes especially when reading a web page, document etc. As if that’s not enough, it also comes in with “Air Gestures.” That allows you to control the phone by waving your hand above the screen. You can swipe left to right or up and down

What I still think is the coolest feature about the eye control is that when you are watching a video and you look away, the video will pause automatically and resume when you turn your eyes back to the screen. You can also scroll by looking up or down and by slightly tilting the phone.

Samsung also did a pretty good job on the hardware. To start with, the Galaxy S4 features a 5-inch full HD Super AMOLED; 1,920×1,080 screen with a ppi of 441. This means that iPhone 5 and HTC One which are the expected competitors will have a run for their money.

Samsung could not forget a 13-megapixel camera on the Galaxy S4, rivaling many point-and-shoot cameras, the Galaxy S IV also features a 2-megapixel front-facing camera.

The camera also features the imaging technology, “Samsung Orb.” Based on 360-degree panorama called “Photosphere” introduced on Android 4.2, the mechanism similarly allows for panorama imaging, as well as 3-D-like photography.

The Samsung Galaxy S4 will be available with 3G and 4G LTE, as well as TD-LTE, to be both fast and truly accessible. It is also Wi-Fi and Bluetooth 4.0 compatible and brings the infrared function for TV-watching and automatically stream photos to your home and/or TV as soon as they are taken.

Through the IR blaster on the Galaxy S4, you will be able to use it as a remote control for your TV among other home appliances.


The device will be available in Black and White frost as it hits the stores this April.