Top 5 Factors To Consider When Choosing An Antivirus 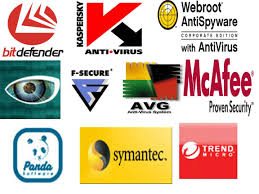 In today’s world, many devices are storing a lot of data and the need to protect that data has become essential. This has led to the need for different antivirus packages to protect the smart phones, tablets and computers. Many people ask different questions in regard to Antivirus. Some are at most times confused when it comes to choosing the right antivirus. Many people even ask why they even need an antivirus and what does it protect the system from. An effective antivirus is one that can detect viruses and be able to disinfect the system perfectly. The other issue is usually choosing from the large number of vendors offering different packages. The following are some of the factors to consider.

The operating system is always the basic consideration that one is required to think and always be limited in terms of options based on the operating system you use. This means that if one is using Mac OS, Windows or even Linux then their choice is limited to their OS. If you’re planning to upgrade in the near future (or downgrade), take that into consideration as well since in most cases you might wish later to change from one operating system to another.

This refers to one evaluating the main use that they put their system into. It involves an analysis of if one is a heavy Web surfer, a gamer, server machine or normal basic machine user. How you use your computer will dictate the level of protection you need. For example, a gamer will appreciate antivirus software that recognizes when a game or media is being played and suppresses any non-essential alerts or activities. Someone with an older computer will likely need to be concerned with system impact and performance, as well as facing the added challenge of finding antivirus that supports the older operating system.

Antivirus updates refer to improvement presented to genuine purchasers of the antivirus so the antivirus is kept up to date with new and upcoming virus definitions. This is one of the very important requirements of an antivirus since an antivirus that is not up to date cannot protect against new virus definition or even detect them. Most of these updates are provided for online and there are two ways through which one can update. One can do this by downloading the update and adding it to the antivirus as is the case with Microsoft Security Essentials. One may also update directly where the antivirus where the antivirus updates itself by going online and checking for updates from there meaning one will require the machine to be directly connected to the internet, as is the case with most antivirus.

The other option is through upgrades where one gets a different antivirus after every specific period of time.

Many antivirus Software combine the two where they sell an antivirus, give free updates for a specific period of time then sell an upgrade to you after the lapse of the contract period mostly one year.

4.      Believe and popularity in the market

Someone said that ‘Numbers don’t lie’ so it is expected that if many users prefer it then the product must be good. Similar to any other customer product, you must decide on the brand of anti-virus application that is reliable and well known in the marketplace. It is always advisable to choose a company that has an outstanding popularity.

As well, keep in mind that the organization offers dissimilar stages of anti-virus security and among the large range select the one that meets your requirements as well as the price range.

Last but obviously of uttermost important refers to an analysis of the benefits that one is expected to obtain from the antivirus vs the cost. It’s true that that an antivirus does provide a great deal of peace of mind but this must not be at a very high cost. You can also get free antivirus software but as they always say ‘cheap is expensive’ but if one is not so virus prone then they may apply for them. The cost is also a major limiting factor since can also purchase what is available for them and what they can afford only.