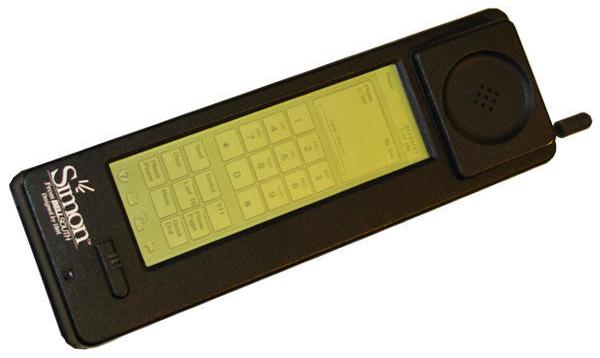 What comes to mind when someone mentions the word smartphone? Probably you will start thinking of a phone with a 1080p or even a Phablet with a 5-inch screen, or a phone with 1GB of RAM, although these represents smartphones currently in the market, the first smartphone certainly did not have any of these features.

The first smartphone ever made was the IBM Simon and was announced by IBM in November 23rd 1992 but was available in the market as from 1994. The IBM Simon is considered the first touch screen phone of the 21st century and retailed at $899.

The IBM Simon combined the features of a PDA, a pager, a mobile phone and a fax machine, this device was very big with a very tiny processor of just 16MHz which is quite unimaginable with today’s processors that easily attain 1.2GHz or higher.  The IBM Simon also had a calendar, world clock, address book, note pad, e-mail and a calculator.

Some other features present in the IBM Simon include 1MB of RAM and 1.8 MB memory card support, a 4.5-inch black and white 160 x 293 LCD display screen with stylus support, a nickel-cadmium battery. Installation of apps was through the PCMCIA cards at the bottom of the phone.

The IBM Simon ran on the Datalight ROM-DOS operating system.

Tell us in the comment section below some of the features you hope and expect the smartphones of the future to have.